Is it possible to use this in a ranking system without modifying it?

Or will the outcome of such a rating rule be unsuccessful?

I’m afraid I don’t fully understand the question, but you CAN use a true/false rule in a ranking system: it’s a Boolean node. 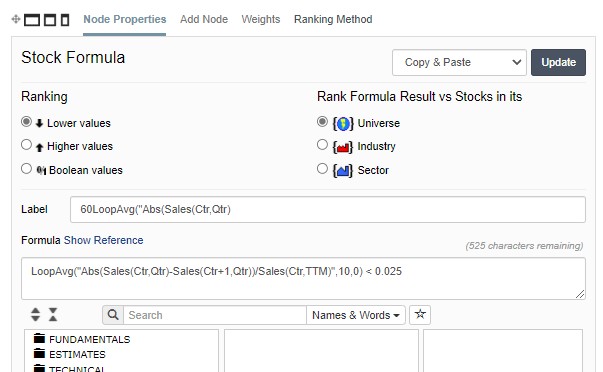 If you want to stick with the inequality in the formula, then use the Boolean values option. If you want to rank all stocks on how close to 0 they are on this measure, then get rid of “< 0.025” and rank on lower values.